Please be aware that now the UK has left the EU, anyone purchasing from outside the UK may be charged customs and VAT duties as their items enter their own country. These duties are set by the government of each country and are outside our control. 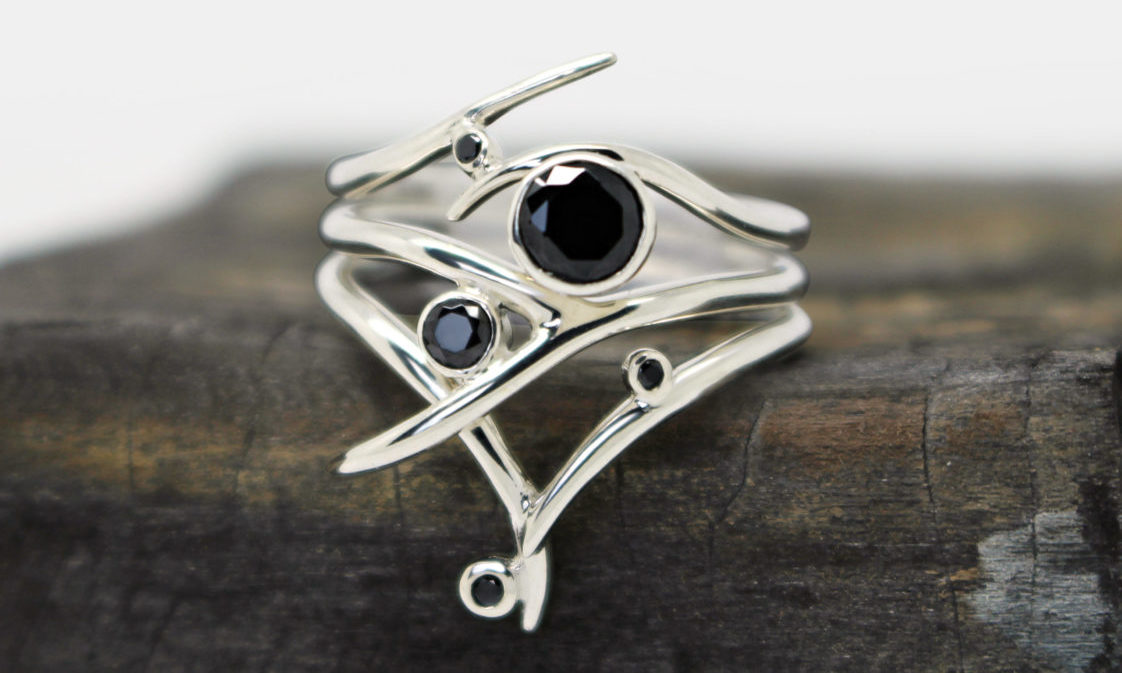 What are Black Diamonds?

Bold, powerful and elegant black diamonds have become one of several popular alternatives to the traditional colourless (white) diamonds and other centre stones for jewellery.  But until fairly recently, black diamonds weren’t regarded as high-end gemstones and consumers had little interest in them. Black diamonds started gaining popularity in the late 20th century, when designers started using them in engagement rings and other pieces.

Carbonado, commonly known as black diamond, is a natural diamond found primarily in alluvial deposits in the Central African Republic and in Brazil.  They were first recognised as a type of diamond in 1841 by Portuguese prospectors in Brazil who called them “carbonado” because they look like tiny pieces of charcoal.  Although they have the same chemical composition as traditional colourless (white) diamonds, their structure is different.  A colourless diamond’s structure is composed of solid crystal with identifiable natural lines but the black diamond’s structure consists of many small crystals all stuck together in random formation.  Black diamonds get their colour from large quantities or clouds of minute mineral inclusions such as graphite, pyrite or hematite that extend throughout the stone.  The concentrations of these internal features are responsible for their black or dark grey colour.  And because of their unique crystal structure and many inclusions, they absorb the light instead of reflecting it and are opaque instead of transparent.  The origin of carbonado diamond is poorly understood.  A number of hypotheses have been advanced by a variety of researchers, but none of them have obtained wide acceptance.

Why choose a black diamond

A fine black diamond is a beautiful stone, with a distinctive look, the perfect choice for those who are looking for something less traditional and more personal.

Diamond is the hardest known natural material, scoring a 10 on the Mohs scale of mineral hardness. But most black diamonds are harder than any other diamonds, although they are still graded as a 10 on the Moths scale. Because a diamond can only be scratched by other diamonds, it is well-suited to daily wear because of its resistance to scratching, therefore making diamonds the ideal choice for engagement and wedding rings.

Black diamonds are more affordable than other diamonds, this is partly due to the fact that the demand is not as big for them. It also has to do with the colour, with black diamonds there is less focus on the clarity which it’s an important value factor for all translucent diamonds and gemstones. This means that another major benefit of choosing a black diamond is that you can afford a much bigger stone!

So, for a bold, powerful and elegant look, consider a natural black diamond.